Though she is “semi-retired” from the world of modeling and adult performing, she remains one of my absolute favorite models.

She is the star of one of the first Black Label editorials, “Erte’s Pleasure,” which also happens to be a personal favorite of mine. 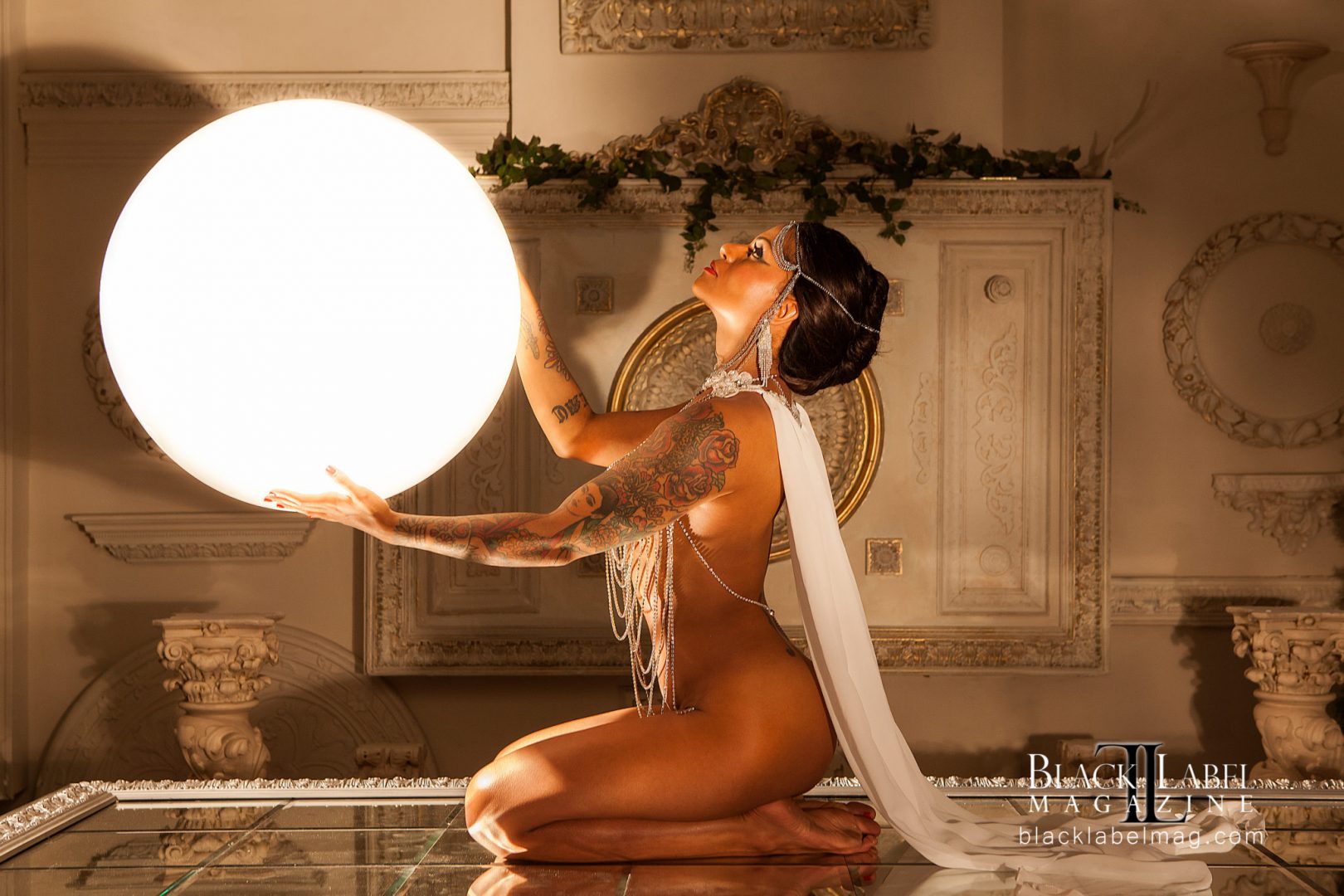 Sandria is an internationally acclaimed, multiple award winning burlesque dancer. She has graced stages across the US and Europe. Her routines are energetic and creative, and she brings this energy to her modeling, making her a dream to shoot (aside from the fact that she’s a stunner!).

Her beautiful editorial “Erte’s Pleasure” debuted with with Issue One, released in January 2016. She also appeared in Issue #3’s designer showcase of Britta Uschkamp Lingerie with “Ribbon Play,” and has several pictorials in the VIP Members Area, including another favorite of mine “The Dreams of the Mistress.” One of her final forays into nude art modeling appeared in Issue #9: the Inked Beauties Issue.

One day Sandria might decide to do another nude shoot…and since she loves us as much as we love her, it might be here. In the mean time, enjoy what she has been gracious enough to share with us!

Not yet a VIP Member? Let’s fix that!

"The Artifact" Starring Ophelia Flowers & Fiona Sprouts. One of…

WELCOME BACK Coming soon: A new installment to the "Chandeliers"…

Introducing Jenevieve Hexxx... Proudly releasing the next Black Label Beauty's…
A Tease from our Sponsors
'